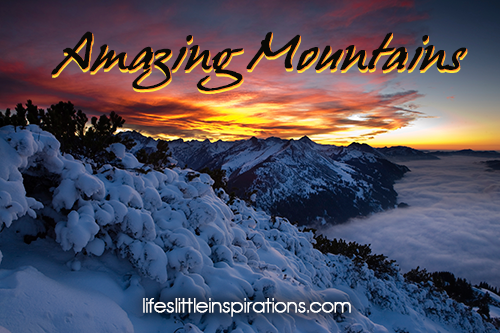 Imagine discovering that the child you have just given birth to, the one that has come fresh from your womb after nine tiring months, the one that has just sucked in his first life-giving breath and wailed his first cry has been diagnosed with the life sentence of Cerebral Palsy. Imagine for one moment, the devastation. The shock. The numbness, grief, despair.

Would you imagine a life filled with love, courage and radical life-changing inspiration that would take you all over the world spreading your message to thousands?

The Hoyts didn’t. But that is exactly what happened.

Ricky Hoyt was born with Cerebral Palsy. At eight months, his parents learned the devastating news that their precious child would be a spastic quadriplegic who would never be able to speak. They were told to put him away in an institution and to forget they had ever had him.

Horrified by those words, Judy and Dick Hoyt vowed to love and protect their son and give him every opportunity to reach his fullest potential. They had never even heard of the words Cerebral Palsy before. They had never known a person in a wheelchair before. In the biography It’s only a Mountain, Ricky’s mother Judy goes from ignorance to becoming a leading advocate for people with disabilities. Her commitment and and unwavering fight to improve understanding and acceptance for both her son and the disabled community as a whole opened the door of opportunity allowing Ricky to do more than anyone ever expected including living in his own apartment and graduating from Boston University in 1993 with a degree in Special Education.

Ricky Hoyt is also an athlete. With his 65 year-old father, Dick Hoyt, the two of them formed  Team Hoyt, a father and son team that has competed in over 958 marathons and Ironman triathlons, which consist of 26.2 miles of running,112 miles of biking and 2.4 miles of swimming. They have climbed mountains together and once ran 3,735 miles across America.

I  had the honor of meeting these amazing men when they gave a presentation during a conference I attended. The name of their presentation was simply:

The Hoyt family was given a mountain to climb, one that seemed impossible to reach. Instead of saying “I can’t” they faced that challenge with an “I can” attitude and turned that mountain into a miracle.

Ricky’s first race began because he wanted to help raise money for another boy who had been injured in a car accident and had lost the use of his legs. The local town had organized a race to raise money for his family to pay medical bills. Ricky wanted to participate but knew he couldn’t run alone. He needed someone to push his wheelchair for him. Dick said yes without a second thought, even though at the time, he was in no shape to run the five miles that they were signed up for.

When they finished the race, every inch of Dick’s body was screaming out in pain. Yet he recalls that Ricky had the biggest smile on his face that anyone had ever seen. Later that evening, Ricky typed the following note in his computer: “Dad, when I am running, it feels like I’m not even handicapped.”

When Dick Hoyt shared that story with us at the conference, the love  poured through him when he spoke. His voice caught and he had to swallow hard when he said, “I found a way that I could give my son the freedom and athletic experience that he has always admired in others. I could give Rick the joy of a person that has been freed from the bondage of a disability.”

There wasn’t a dry eye in the audience. And not a single one of us that didn’t go home feeling like we could do more with what we have been given.

And so Dick Hoyt began to run. He began to train. They found a special wheelchair that Ricky could be pushed in while Dick ran with him. They discovered a way to put a seat-pod in the front of Dick’s bike so that Ricky could ride on the front of the bike. Dick learned how to swim-and how to pull Ricky in a boat while he swam- so that they could compete in Ironman Triathlons. The Hoyt Team was born.

The Hoyt Team has inspired countless of handicapped and non-handicapped people all over the world with their love of each other and with their drive and determination to be the very best they can be. The Hoyt Family’s CAN Attitude makes one believe that anything is possible.

I got to spend a few minutes talking with Ricky and Dick that weekend. What impressed me more than anything was the close bond between them. Although Ricky can’t say a single word, his eyes speak volumes. The love and laughter that sparks back and forth between the two of them while they banter with nods and gestures put a lump in my throat. This was a father loving his son the way his son needed to be loved in an amazing way. Their gift of love to each other was a beautiful thing to watch.

Dick’s act of love for Ricky is a profound example of giving someone what they need. In return they have both been blessed with so much more. It inspires me to think about my life and the ways that I can show my love to the important people in my life. I may not have to carry them through marathons or triathlons, but am I willing to sacrifice and make the effort to show how much I care? Do I take the time to focus on what I can give, and how I can make a difference?

Dick Hoyt reminds me that love is a verb.  A word of action. A word of doing unto others. A word of caring. A word of CAN.

What CAN we do today to let our loved ones know how much we love them?

* Be sure to check out the inspiring video of Dick and Ricky in the CAN link above for a truly inspiring moment.*